When I reached Cliff and Coral, I met the Property manager Varun, a 23 year boy, volunteering at he property since the last few months, working part time with another company and spending his day meeting new people. He said Varkala gave him a new perspective to life. He discovered and is still unfolding new parts of himself everyday.

When I later met the property owner, Kishmita, she narrated her story and how along with her partner, she started this place. She briefed me about the space, starting with "so many people I met here said that they found something in Varkala that made it difficult/impossible to leave, they met a piece of themselves, they found calm and a new purpose".

I did not ask her for any specific on point briefs for the wall I was supposed to paint. I wanted my art to be "open to interpretation". I wanted it to be something every person who walked into the reception area could relate to. I wanted them to be able to see themselves in the art.

I took a few days. Met more people staying there. Listened to their stories and what their experience in Varkala was like. This is what I drew on my iPad and I had hit the sweet spot.

I took a few days. Met more people staying there. Listened to their stories and what their experience in Varkala was like. This is what I drew on my iPad and I had hit the sweet spot. 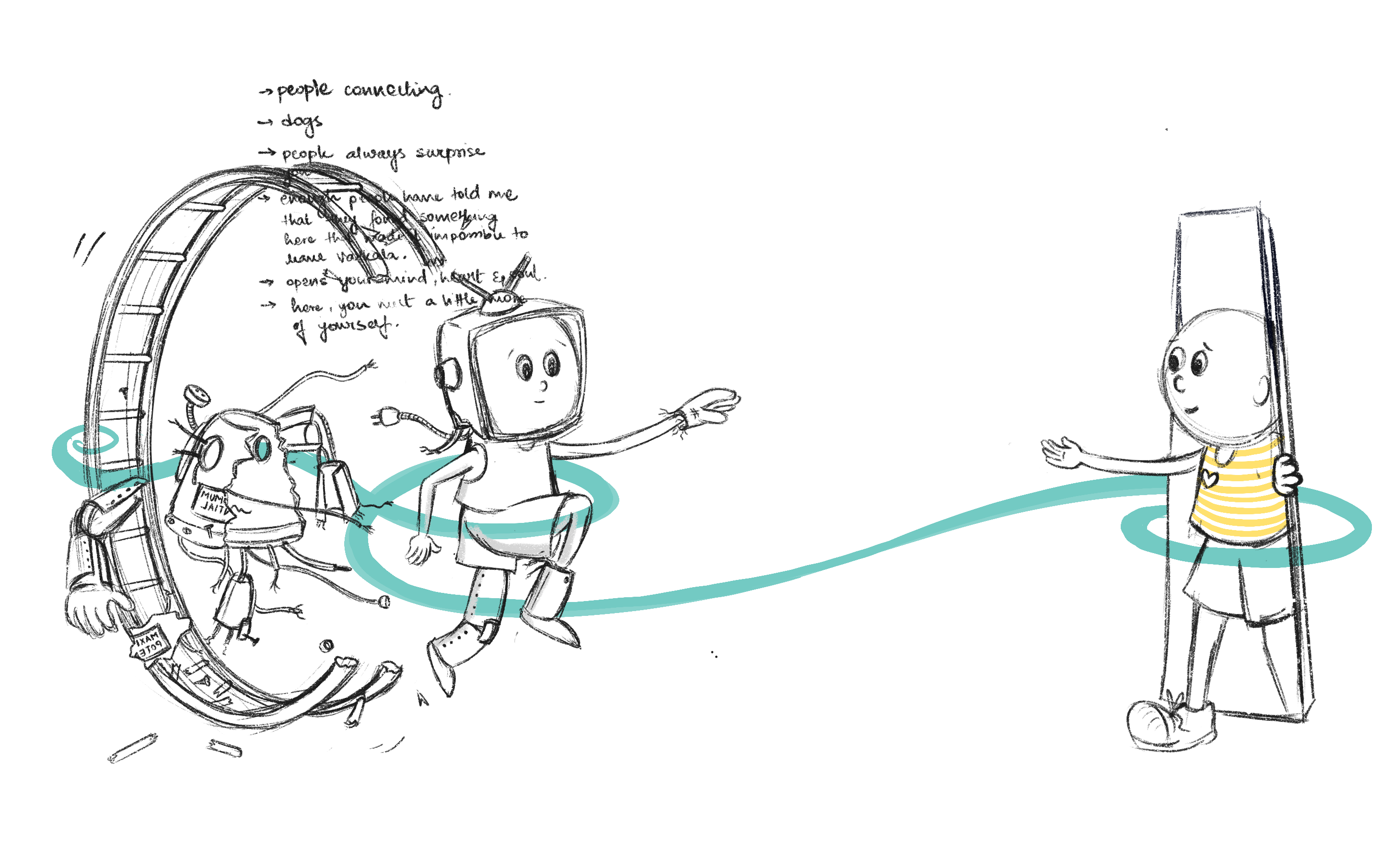 This was my first time painting an actual wall that did not belong to me or my family. I had designed digital murals that later got printed but directly painting on a wall was new. It was scary. I was sure I would ruin something. Either drop the brush with black paint and the wall would be ruined, or my drawing would be completely disproportionate and I would only realise that when it was too late to make changes, or my hand would just slip while painting. Oh the anxiety!!

To my surprise, nothing of this sort happened. I painted the wall and it turned out exactly like I wanted it to. 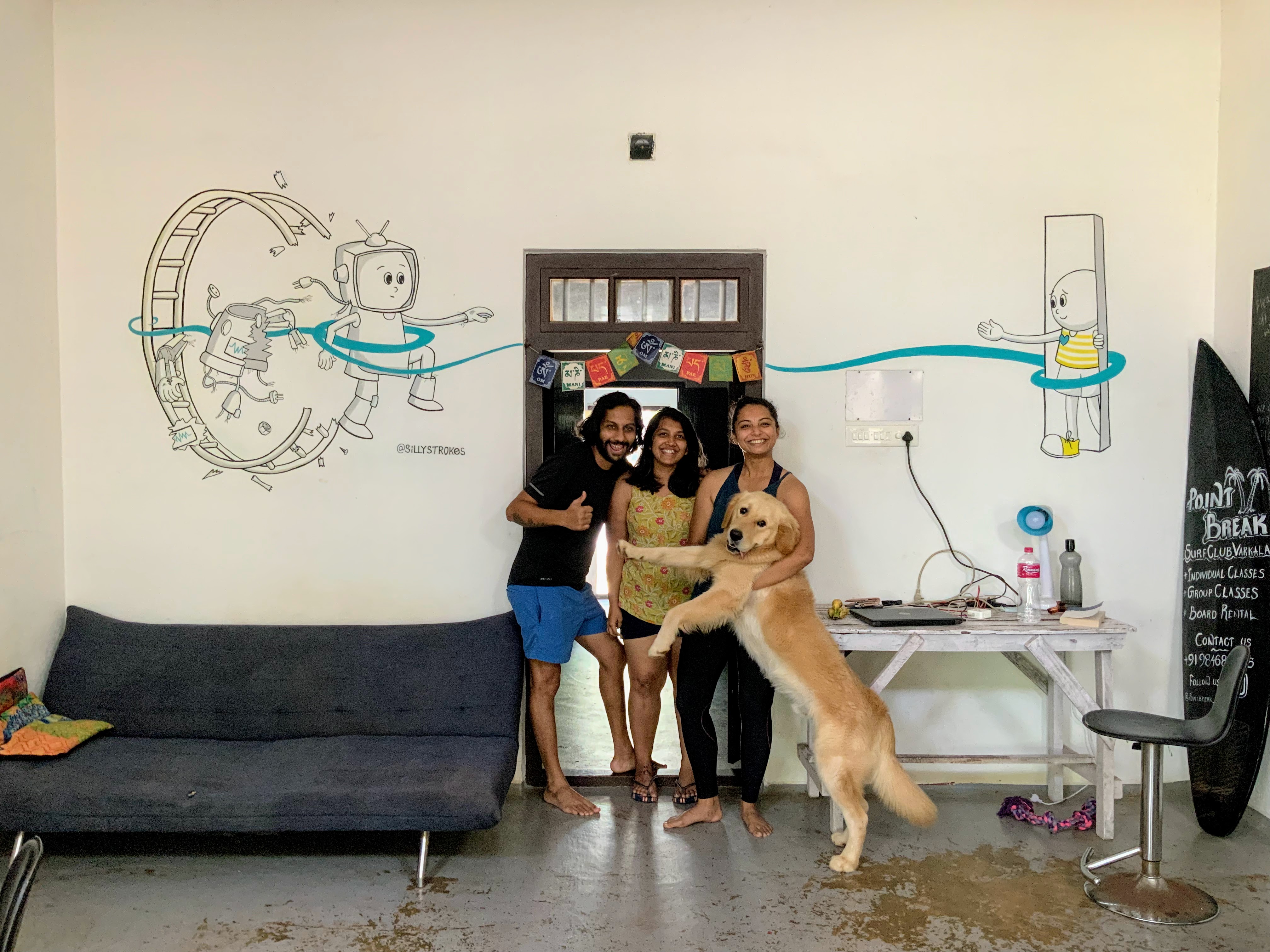